The Tuesday bird walk went to the Englishman River Estuary, Plummer Road side in Parksville.


The morning started with a slight drizzle, which soon tapered off, but with strong winds on the water side.  Highlights of the walk were the sight of a mother Killdeer with four young.  These little ones spent most of their time under the belly protection of the adult, but they did venture out giving us quick views.  We also spotted a Wilson's Phalarope feeding with another adult Killdeer in the mud flats.  We had a great sighting of a Western Tanager perched on a branch in the meadow area, and three Cedar Waxwings perched atop a conifer. 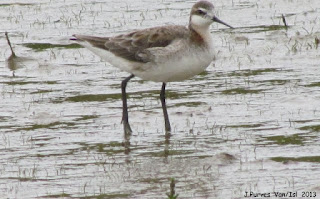 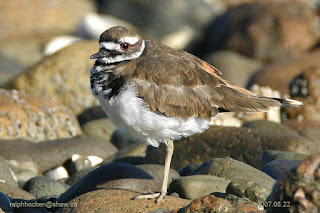 
A special thanks to Rhonda and Paul for leading the walk this week!