The Tuesday bird walk went to the Shelly Road side of the Englishman River Estuary in Parksville. The morning started off with rain showers but soon turned quite pleasant. We heard a Wilson's Warbler singing and then caught a glimpse of him as he flew over us.  A Yellow Warbler was perched close to the trail for a long time giving us great views as he looked us over from his perch. We watched a Merlin give chase to a Northern Harrier, who was flying low over the meadow in search of prey. We spotted four Spotted Sandpipers feeding along the edge of the river. We heard and saw two Western Tanagers singing and feeding across the river. Three Western Tanagers flew over the river and landed in a conifer tree above us giving us good views through the scopes. 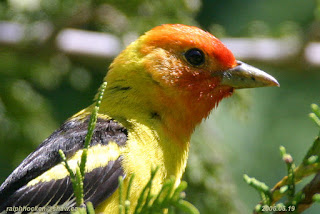 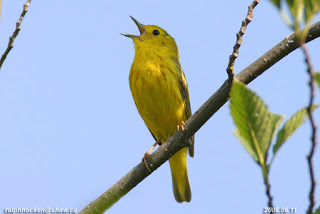 The Tuesday bird walk on May 28 will be going to the Plummer Road side of the Englishman River in Parksville.