The Tuesday bird walk went to the Shelly Road side of the Englishman River Estuary in Parksville. The morning started out cloudy with light rain but ended with a little bit of sunshine and no rain. Throughout the morning we saw and heard a large number of American Robins and Northern Flickers. We spotted a pair of Cooper’s Hawks perched side by side on a snag across the river. Many Pacific Loons and a few Common Murre were seen flying low just above the water heading down the Strait of Georgia. A Savannah Sparrow was perched on a low bush in the meadows giving us great looks. We watched as nine Turkey Vultures were catching a thermo and heading down the island. 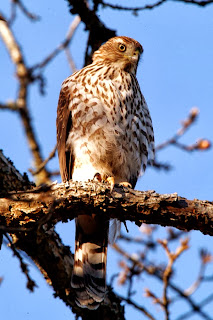 The Tuesday bird walk on October 01 will be going to Rathtrevor Provincial Park. Meet at the Parksville Community Park at the parking lot near the Lions Club playground at 9:00 am or the main parking area at Rathtrevor Park at about 9:10 am.

How does the Hummingbirds tongue work?—Check the
Video--

Our thoughts are with you Katie.  We look forward to seeing you soon.