The Tuesday bird walk went to the Little Qualicum River Estuary in Qualicum Beach. The surf was up and the Strait of Georgia was filled with white caps making for a wild windy morning of birding. We spotted a flock of Dunlin on the gravel bar at the viewing platform.  Further offshore there were Pacific Loons, Common Loons, Horned Grebes, Red-necked Grebes and Double-crested Cormorants riding the surf.  A Northern Shrike entertained us from a short bush near the road.  Nine Black Turnstones were huddled against the wind along the rocky shore. Trumpeter Swans flew above us, singing as they moved. Hundreds of Bonaparte's Gulls, Mew Gulls, a Ring-billed Gull, California Gulls, a Herring Gull, Thayer's Gulls and Glaucous-winged Gulls gathered and bathed in the fresh water of the Estuary. One lone Glaucous Gull perched on a gravel bar close to shore allowing us to study him. 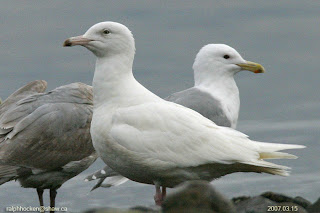 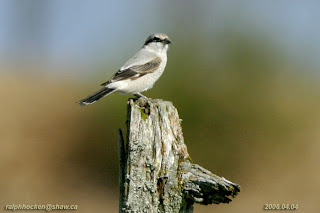 
The Tuesday bird walk on November 26 will be going to the Columbia Beach. 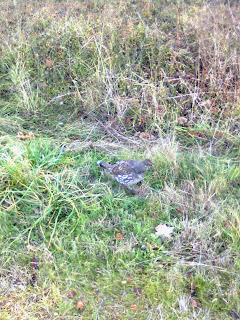 
On our way home we saw something on the side of the road.  Just north of Drew Rd. and on the Island Highway (west side) we observed a Sooty Grouse.

I following it for several minutes with it less then ten feet from me.  We turned onto Drew Rd. and went back for more views.  It actually walked towards me and was, at one point only three feet in front of me.  It was not afraid of me.

It seemed like it wanted to cross the road so I herded it with my walking stick to try to cross.  Then it decide to go back to the west ditch.  The line up of cars in both directions were very patient as I directed it back to the ditch.  They must have thought I was taking my chicken for a walk!  It did flap it’s wing ands achieved take-off but only flew maybe five feet.


We had a Northern Shrike land on our cherry tree this afternoon in Parksville.