The Tuesday bird walk went to Springwood Park in Parksville. The morning was mostly sunny with cloudy periods and calm winds.
We spotted a Townsend's Warbler feeding high up in a Big Leaf Maple tree.  We saw and heard several Orange-crowned Warblers and Yellow-rumped Warblers throughout the morning.  Four Common Yellowthroats kept us entertained singing and moving through the scotch broom next to the road.  A Red-tailed Hawk was being mobbed by a Common Raven high up in the sky.  A Great Horned Owl flew in and perched on a tree giving us great views.  A second Great Horned Owl was being mobbed by a flock of American Robins nearby giving us more great views of the owls.  We saw a Barred Owl near the end of the walk.  The owl was perched on a limb out in the open which made for more great views and a great finish to our walk. 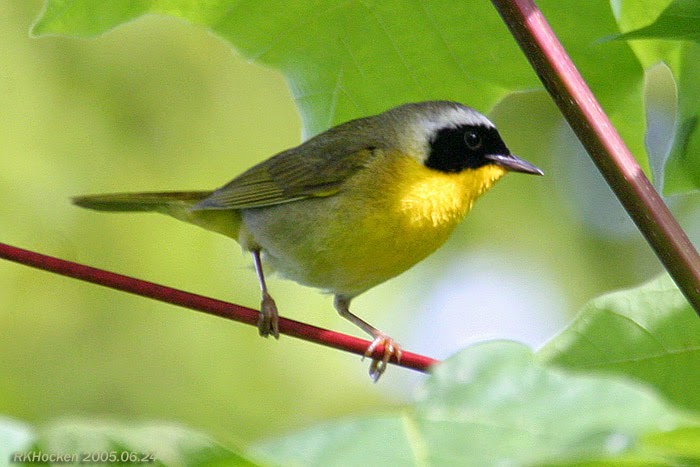 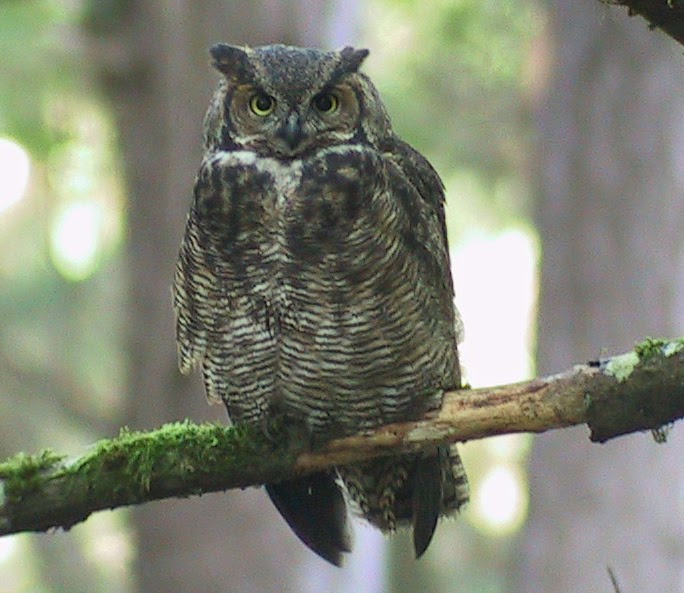 
The Tuesday bird walk on April 22, 2014 will be going to the Top Bridge Trail in Parksville. 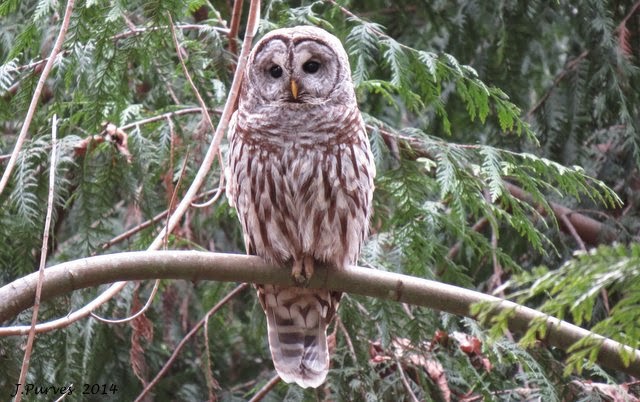 
Many of the birders saw the eclipse of the moon early this morning.  Thanks for the heads-up, David.