The Sunday bird walk went to Legacy Marsh in upper Lantzville. The morning was sunny with a breeze. The highlights included seeing a Swamp on the edge of the marsh not far from us. The Swamp Sparrow is a rare bird for this area. We heard a Cassin's Vireo, Orange-crowned Warblers, Many Common Yellowthroat, Black-throated Grey Warblers and Yellow-rumped Warblers throughout the morning. A Red-tail Hawk and a Cooper’s Hawk flew overhead. 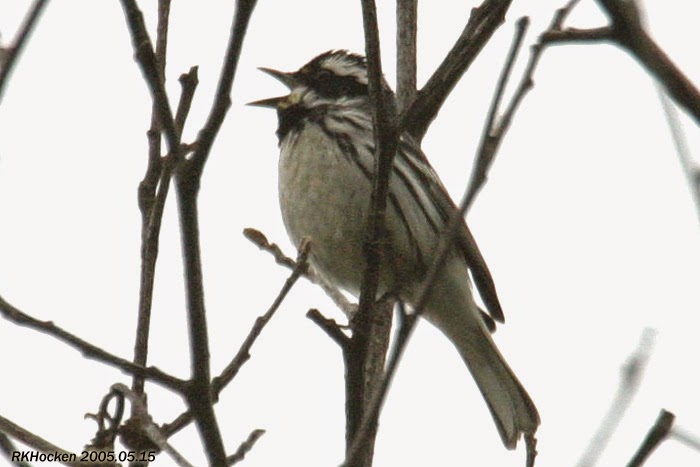 
Saturday, April 18:
A Yellow-headed Blackbird was seen at Buttertubs Marsh in Nanaimo.


Two Townsend’s Solitaire’s were seen on Little Mountain near Parksville.


Tuesday, April 14:
The Tuesday bird walk went to the Shelly Road side of the Englishman River in Parksville. The morning was sunny with a strong wind off the Strait of Georgia but it was very calm in the forest and meadows.  As we started the walk we spotted a Hermit Thrush feeding along the trail just in front of us. The birding got better as the morning went on.  A Townsend’s Warbler was singing and feeding high up in a big leaf maple tree.  He was soon joined by a Yellow-rumped Warbler, a Ruby-crowned Kinglet and an Orange-crowned Warbler.  An American Kestrel was perched on a snag and we watched as he flew and hunted over the meadow.  We were entertained as he hovered and flew over the meadow looking for prey. We spotted a Savannah Sparrow perched on a bush close to the shoreline.  A Snow Goose and two Greater White-fronted Geese were feeding in the meadow near the R.V. Park.  A Townsend’s Solitaire perched on a short bush along the trail giving us great looks. We watched a Red-breasted Sapsucker making a nest hole in a tall snag .  He would peck for a while and then go into it to see if it was big enough. We left before he accomplished that!  A Northern Flicker was drilling into a tree for a nest on another snag further on in the forest.  Spring is here!! 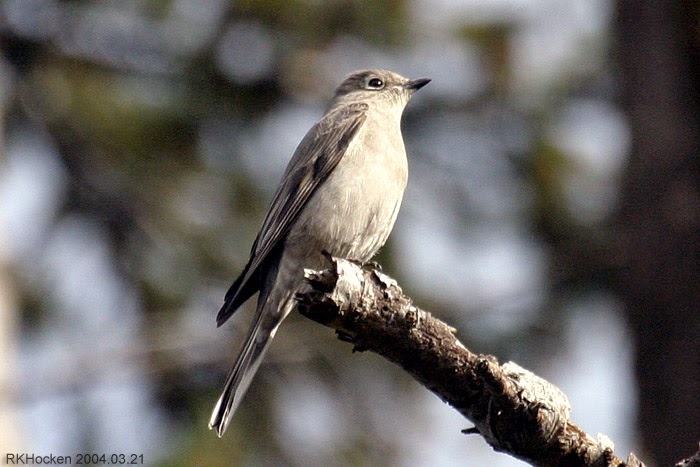 
Thirteen lucky birders saw and heard the following sixty-one species (a record for this time of the year!): 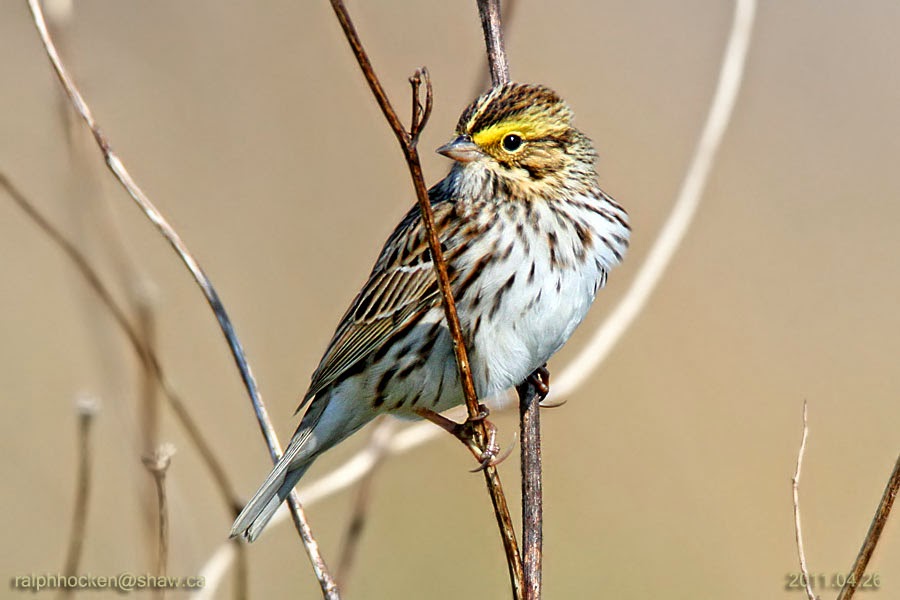 
Saturday April 11:
A flock of Sandhill Cranes were seen flying up the Alberni Inlet in Port Alberni.


Doors open at 7 pm.  Presentation on Ecological Reserves by Erica McClaren from BC Parks at 7.30.


The Sunday bird walk on Sunday, April 26 will be going to the West Buttertubs Marsh Nanaimo. Meet at the Birdstore at 9:00 a.m. or at the parking lot off Jingle Pot Road at Buttertubs Marsh (wear rubber boots it may be wet) at about 9:15 a.m.