The Tuesday bird walk went to the Shelly Road side of the Englishman River in Parksville. The morning was sunny with a strong wind off the Strait of Georgia but it was very calm in the forest and meadows.  As we started the walk we spotted a Hermit Thrush feeding along the trail just in front of us. The birding got better as the morning went on.  A Townsend’s Warbler was singing and feeding high up in a big leaf maple tree.  He was soon joined by a Yellow-rumped Warbler, a Ruby-crowned Kinglet and an Orange-crowned Warbler.  An American Kestrel was perched on a snag and we watched as he flew and hunted over the meadow.  We were entertained as he hovered and flew over the meadow looking for prey. We spotted a Savannah Sparrow perched on a bush close to the shoreline.  A Snow Goose and two Greater White-fronted Geese were feeding in the meadow near the R.V. Park.  A Townsend’s Solitaire perched on a short bush along the trail giving us great looks. We watched a Red-breasted Sapsucker making a nest hole in a tall snag .  He would peck for a while and then go into it to see if it was big enough. We left before he accomplished that!  A Northern Flicker was drilling into a tree for a nest on another snag further on in the forest.  Spring is here!! 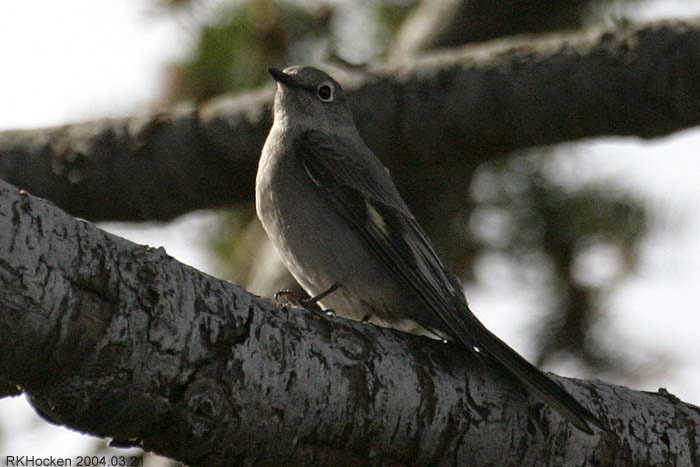 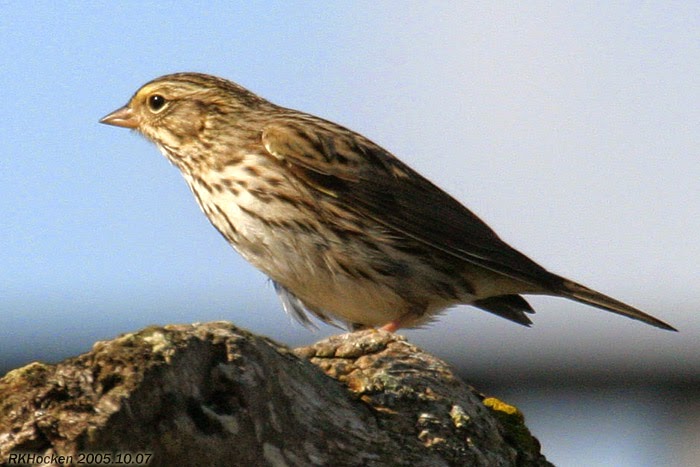 
The Tuesday bird walk on April 21 will be going to Moorecroft Regional Park in Nanoose Bay.