“EXPLORE NATURE---GO BIRDING”
To report your sightings phone the Store at 250-390-3669 or e-mail us at thebackyard@shaw.ca
Please remember, when reporting a sighting, to leave your name and phone number along with the date, the species and location of your sighting.


Sunday, June 21, 2015:
The Sunday bird walk went to Buttertubs Marsh in Nanaimo. The morning was sunny and hot.  The highlights included seeing a female Wood Duck swimming on the marsh with three fledglings following close by.   A Pied-billed Grebe was resting on its nest and the mate was swimming around in search of food.  We heard Marsh Wrens singing all morning. We did see them a few times during the walk.  Turkey Vultures, Purple Martins, Tree Swallows and Violet-green Swallows flew overhead all morning. 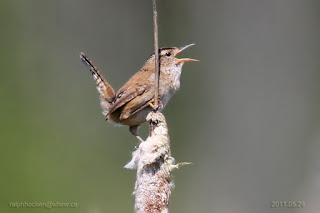 
Saturday June 20:
A  Lazuli Bunting was seen along Dawson Road off Highway 19 in Nanoose Bay.
Wednesday June 17:
A pair of Western Tanagers were seen visiting a backyard on Virgina Road in Coombs.


Tuesday, June 16:
The Tuesday bird walk went to the Top Bridge Trail in Parksville. The morning was sunny and warm and nice and cool in the forest. We were greeted at the start of the walk with the sounds and sights of the many Willow Flycatchers that were everywhere singing from the top of the short bushes.  Several Chipping Sparrows were seen and heard during the morning.  Warbling Vireos were singing throughout walk. A Hutton’s Vireo sat feeding on the bushes not far from the trail. We heard and saw Yellow-rumped Warblers, Orange-crowned Warblers, a Yellow Warbler, a Townsend’s Warbler, a MacGillivray’s Warbler and a Black-throated Gray Warbler throughout the morning. A flock of American Robins were mobbing a Barred Owl just off the trail giving us great views. Turkey Vultures and Bald Eagles circled high overhead. 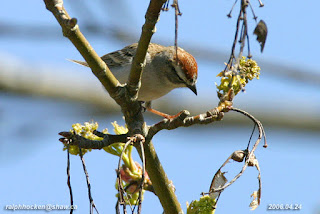 
One female Red Crossbill was visiting feeders along Drew Road in French Creek. 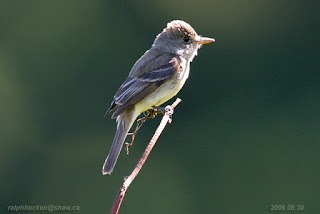 
Monday, June 15:
A pair of Lazuli Buntings was seen at the turn around area on Dawson Road of highway 19 in Nanoose Bay.


A Lazuli Bunting was seen on Island View Road on Gabriola Island.


A Mourning Dove was seen along Coats Drive on Gabriola Island.


“RARE BIRD ALERT”
A CRESTED CARACARA has been present since at least June 11th in the vicinity of Skykomish, WASHINGTON (on US Highway 2 between Everett and Stevens Pass). From June 15 to 17, it has been seen and photographed by many birders along Old Cascade Highway, about 1 km west of Skykomish near a small community called Mill Town.


Sunday, June 14:
A Olive-sided Flycatcher was heard and five Vaux swifts and two Black Swifts were seen from the top of Little Mountain in Parksville.


A pair of Red Crossbills were seen at backyard feeders on Lewis Road in Nanaimo.


The Tuesday bird walk on June 23, 2015 will be going to the Plummer Road side of the Englishman River in Parksville.


. We meet at the Parksville Community Park by the Lions Club playground parking lot at 9 a.m. or the corner of Plummer Road and Shorewood Drive in Parksville at about 9:10 a.m.


The Sunday bird walk on June 28, 2015 will be going to Beck Creek in south Nanaimo.  Meet at the Birdstore at 9:00 a.m. or at the parking area near the Living Forrest R.V. Campground along Maki Road at about 9:25 a.m.

very useful information you shared with us.. thanking you http://google.com

so useful information you shared with us about bird feeder.. http://birdfeederguide.com/