The Tuesday bird walk went to the Top Bridge Trail in Parksville. The morning was sunny and warm and nice and cool in the forest. We were greeted at the start of the walk with the sounds and sights of the many Willow Flycatchers that were everywhere singing from the top of the short bushes.  Several Chipping Sparrows were seen and heard during the morning.  Warbling Vireos were singing throughout walk. A Hutton’s Vireo sat feeding on the bushes not far from the trail. We heard and saw Yellow-rumped Warblers, Orange-crowned Warblers, a Yellow Warbler, a Townsend’s Warbler, a MacGillivray’s Warbler and a Black-throated Gray Warbler throughout the morning. A flock of American Robins were mobbing a Barred Owl just off the trail giving us great views. Turkey Vultures and Bald Eagles circled high overhead. 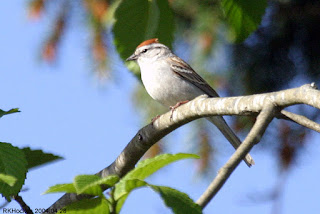 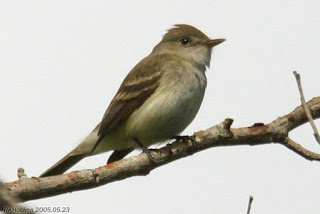 
The Tuesday bird walk on June 23, 2015 will be going to the Plummer Road side of the Englishman River in Parksville.