Sunday, September 13, 2015:
The Sunday bird walk went to Neck Point Park in Nanaimo.  The morning was sunny with strong winds off the Strait of Georgia.  The highlights included seeing a Black Oystercatcher perched on a rock near the shore. We saw the resident Spotted Sandpiper fly along Sunshine Bay near the far shore. Double-crested Cormorants and Pelagic Cormorants flew low over the strait heading north. 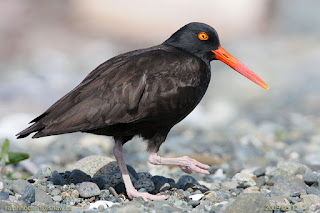 
Saturday, September 12:
Surfbirds and Horned Larks were seen at Piper’s Lagoon in Nanaimo.


.A Wilson’s Snipe was spotted along Morell Circle in Nanaimo.


Three Clarks Grebes were seen on the Strait of Georgia from the Plummer Road side of the Englishman River in Parksville.


Friday, September 11:
Wood Ducks and a Trumpeter Swan were seen at Beck Lake in south Nanaimo.


A Horned Lark was seen on Sugar Loaf Mountain in Nanaimo.


Tuesday, September 08:
The first Tuesday bird walk for the fall went to the Shelly Road side of the Englishman River in Parksville.  The morning started out cloudy but soon turned sunny with a light breeze.  The highlights included seeing a Parasitic Jaeger flying low over the water heading down the Strait of Georgia.  Not far from shore, a mixed flock of Common Terns and Arctic Terns were circling and playing in the wind as they flew down the Strait.  We saw a hawk lift numerous gulls from a gravel bar near the ocean. The Hawk landed near the gulls and we had a chance to study it with our scopes. We concluded that the Hawk, with the long tail of an accipiter, broad head and bulky body and a white “eyebrow” above the eye was a Northern Goshawk.  A pair of American Kestrels put on a show for us as they chased each other over the meadow. 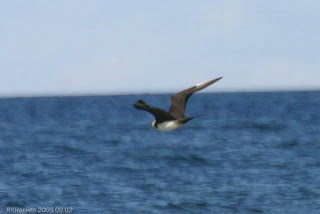 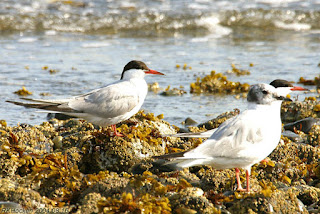 
The Tuesday bird walk on September 15 will be going to the Little Qualicum River Estuary in Qualicum Beach.


Meet at the Parksville Bay Community Park at the Lions Club Playground parking lot at 9:00 am. Or at the Brant Viewing Platform in north Qualicum Beach at about 9:20 am


The Sunday bird walk on September 20, 2015 will be going to the Nanaimo River Estuary in south Nanaimo.  Meet at the Birdstore at 9:00 a.m. or at the end Raines Road in south Nanaimo at about 9:30 a.m.