The Tuesday bird walk went to the Little Qualicum River Estuary in Qualicum Beach. The morning was mostly sunny with calm winds until near the end of the walk when the winds picked up making for lots of whitecaps on the Strait. We saw large numbers of Red-necked Grebes, Common Loons, one Pacific Loon and several Horned Grebes. One Western Grebe, one Pigeon Guillemot and four Common Murre were spotted offshore. A large number of Mew Gulls, a Western Gull and two Thayer’s Gulls were perched on a gravel bar not far from shore. Two American Pipits flew by over the water. A Merlin was perched on a fir tree near the beach. 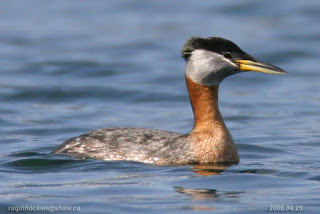 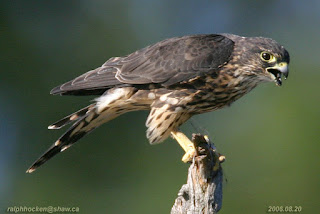