White-crowned Sparrow and Savannah Sparrow were feeding on the sea weeds not far from us along the shoreline. 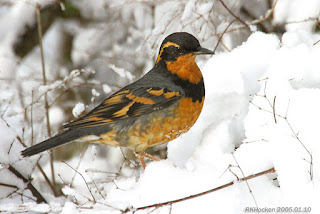 Friday, October 09:
A Eurasian Widgeon was seen at Buttertubs Marsh in Nanaimo.


Thursday, October 08:
A Townsend’s Solitaire was seen at Biggs Park in Nanaimo


A Rouffed Grouse was spotted at the Morrell Wildlife Sanctuary in Nanaimo.


Tuesday, October 06:
The Tuesday bird walk went to the Plummer Road side of the Englishman River in Parksville. The morning was cloudy with sunny periods with only a light shower.   A Townsend ’s solitaire perched on a tall tree at the start of the walk.  A Hutton’s Vireo was spotted near the top of the bushes near the trail.  We saw a  Northern Shrike  flying out from a short snag near the estuary in search of prey and returning to the perch.  A Black-bellied Plover, an American Golden-Plover, several Killdeer, three Greater Yellowlegs and one Lesser Yellowlegs were seen feeding on the mudflats as the tide was coming in. We had another sighting of the Townsend’s Solitaire off the trail at the end of the mudflats, giving us great views.  A Peregrine Falcon and a Merlin gave chase to the birds on the mudflats. We had a terrific morning of birding. 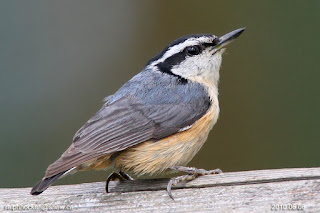 
A possible Stellar Sea Eagle was reported to the birdstore, it was seen flying towards the Nanaimo River Estuary in south Nanaimo.


The Tuesday bird walk on October 13 will be going to the Little Qualicum River Estuary in Qualicum Beach. We meet at the Parksville Community Park at the parking lot close to the Lions Club Playground at 9:00 a.m., or at the Brant Viewing Platform in north Qualicum Beach at about 9:20 a.m.