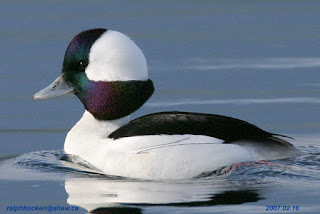 Friday, October 23:
A Red-tailed Hawk, a Northern Shrike, five Western Meadowlarks and two Mourning Doves were seen and photographed in the shrubs past the Oak tree at the Nanaimo river estuary in south Nanaimo.


Three Rock Sandpipers were seen along the ocean side of the breakwater  at Ogden Point in Victoria.


Thursday, October 22:
A Swamp Sparrow was seen at Buttertubs west Marsh in
Nanaimo.


A Snow Goose was seen on the sidewalk near the Qualicum Beach Visitors Center.


Tuesday, October 20:
The Tuesday bird walk, October 20, 2015 went to Deep Bay. The morning was sunny and warm with calm winds, making for a lovely morning of birding. Hundreds of Surf Scoters White-winged Scoters and Black Scoters were on Deep Bay with the calm seas. Seven Long-tailed Ducks were seen resting on the water behind the scoters. Two Pigeon Guillemots were spotted close to Denman Island.  Spotted Towhees, Song Sparrows, White-crowned Sparrows, Golden-crowned Sparrows, Savannah Sparrows, Dark-eyed Juncos and House Finch were seen in the bushes as we walked along the shoreline. 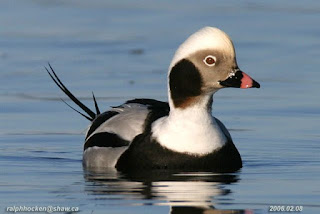 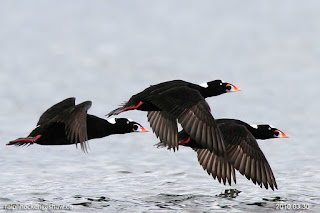 ·A King Eider and a Red-throated Loon were seen on the Strait of Georgia looking from Madronia Point and looking towards Rathtrevor Park, in Parksville.


The Tuesday bird walk on October 27 will be going to the Shelly Road side of the Englishman River in Parksville. Meet at the Parksville Community Park at the parking lot at the Lions Club Playground at 9:00 a.m. or at the end of Shelly Road on the ocean side of highway 19a at about 9:05 a.m.