BIRD REPORT
“EXPLORE NATURE”---GO BIRDING:
To report your sightings phone the Store at 250-390-3669 or e-mail us at thebackyard@shaw.ca
Please remember, when reporting a sighting, to leave your name and phone
number along with the date, the species and location of your sighting.


Sunday, March 06, 2016:
The Sunday bird walk went to Neck Point in Nanaimo. The morning had a little bit of everything—it was cloudy with strong winds with heavy rain at times, lighter rain other times, and even a bit of sunshine with calm winds at times. We saw six Yellow-rumped Warblers feeding high up in the trees during the morning. Brandt Cormorants, Common Murre, Pigeon Guillemots and Marbled Murrelets were seen on the Strait of Georgia. Five Trumpeter Swans flew low over the water heading up the Strait. 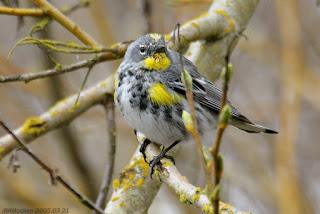 
Tuesday, March 01:
The Tuesday bird walk went to Little Qualicum River Estuary.  The morning saw heavy rain, which made for a short stay at the Brant viewing station, before heading indoors for coffee. Then a very quick, wet visit to the estuary had quite a few Great Blue Herons hunched over waiting the storm out, and there was also one lone Snow Goose amongst the Canada Geese. 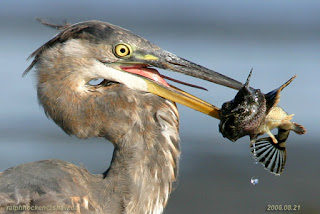 
The Tuesday, bird walk on March 08 will see a return trip to the Little Qualicum River Estuary.  Meet at Parksville Community Park at the Lions Club Kids Playground Parking lot at 9:00 a.m. or at the Brant viewing platform in north Qualicum Beach at about 9:15 a.m.


The Sunday bird walk on March 13, 2016 will be going to Rathtrevor Beach Park in Parksville. Meet at the Birdstore at 9:00 a.m. or at main parking lot at Rathtrevor at about 9:30 a.m.