Sunday, March 27, 2016:
The Sunday bird walk went to Neck Point Park in Nanaimo. The morning was cloudy with a strong wind off the Strait of Georgia, however midway through the walk the clouds dissipated and we finished off with the sun shining brightly.  Highlights included seen a large flock of Barrow’s Goldeneye and one Lesser Scaup near the shore. Over seventy Thayer’s Gulls and two Bonaparte’s Gulls were among the many gull species we saw during the morning. Two Ruby-crowned Kinglets were spotted feeding next to the trail giving us excellent views. 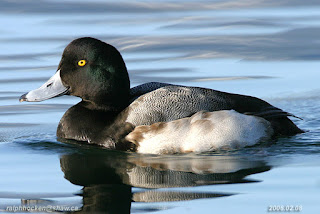 
Tuesday, March 22:
The Tuesday bird walk went to the Somass Estuary in Port Alberni. The morning was partly cloudy with calm winds and a few light showers. We saw a large number of Yellow-rumped Warblers singing and hawking insects throughout the morning. Song Sparrows were belting out their song and were very plentiful. A great number of Marsh Wrens perched and entertain us on the walk. Greater White-fronted Geese and Canada Geese were feeding in the fields. Bald Eagles along with Red-tailed Hawks circled high overhead. 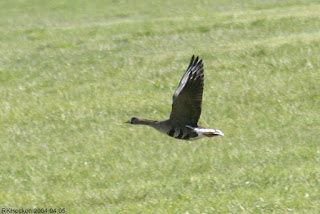 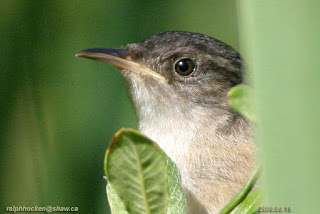 
The Sunday bird walk on April 03, 2016 will be going to Bowen Park in Nanaimo. Meet at the Birdstore at 9:00 a.m. or at the main parking lot near the lawn bowling green at Bowen Park off Bowen Road at about 9:20 a.m.