“Nanaimo bird report”
“Explore Nature--Go Birding”
To report your sightings call the birdstore at 250-390-3669 or e-mail thebirdstore@shaw.ca
Please remember when reporting a sighting please leave your name and phone number with the date and location of the sightings.


The Sunday bird walk on January 22, 2017 went to the Nanaimo River Estuary in south Nanaimo. The morning was cloudy with rain showers but calm winds.


Western Meadowlarks were spotted along the fence post line.  Four Trumpeter Swans were resting in the estuary and then twenty more flew in and landed near the tide line.  We spotted a Northern Shrike perched in a tall bush on the estuary and then watched him throughout the morning.
Nineteen birders saw and heard the following thirty-six species: 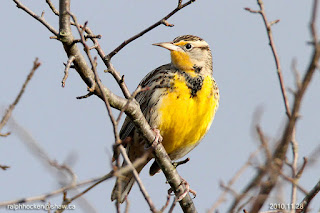 
This week’s Tuesday Bird Walk went to the Little Qualicum River Estuary in north Qualicum Beach. The morning was cloudy with a very strong wind off the Strait Of Georgia.  Black-bellied Plovers, Black Turnstones, Black Oystercatchers and Killdeer were seen walking not far from us along the tide line.  Large flocks of Greater Scaup, Surf Scoters, White-winged Scoters and Black Scoters were seen bouncing in the waves not far from shore.  Thirty-two seals were lounging on the gravel bar near the estuary. We spotted twenty Trumpeter Swans along the river and the estuary during the morning. A large number of great Blue Heron were resting in the tall grass on the estuary.


The Tuesday bird walk on January 24, 2017 will be going to the Plummer Road side of the Englishman River in Parksville. Meet at the Parksville Community Park at the parking lot next to the Lions Club Kids Playground at 9:00 a.m. or at the corner of Plummer Road and Shorewood Drive, on the Oceanside of Highway 19a at about 9:10 a.m.


The Sunday bird walk on January 29, 2017 will be going to the Buttertubs Marsh in Nanaimo. Meet at the Birdstore at 9:00 a.m. or at the Jingle Pot Road side of Buttertubs at about 9:15 a.m