The Tuesday bird walk went to the Plummer Road side of the Englishman River Estuary in Parksville. The morning was sunny and the winds were calm. The the tide was high so mud flats had lots of water.  Large flocks of American Wigeon, Mallards, Northern Pintail, Green-winged Teal, two Killdeer, one Hooded Merganser and two Gadwall were feeding on the mud flats. We saw Surf Scoters, White-winged Scoters, three Long-tailed Ducks, Pacific Loons, Common Loons, Horned Grebes and Red-necked Grebes on the Strait of Georgia during the morning.  A Coopers Hawk flew past us and landed on a tall tree next to the road giving us great views as it looked down on us. 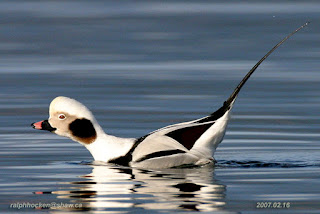 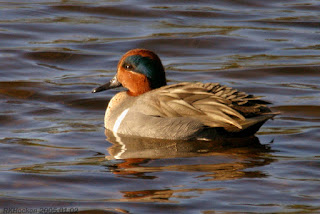 
The Tuesday bird walk on January 31, 2017 will be going to Rathtrevor Provincial Park in Parksville. Meet at the Parksville Community Park at the parking lot near the Lions Club Kids Playground at 9:00 a.m. or at the main parking lot at Rathtrevor Park at about 9:10 a.m.
Good birding
Neil Robins
Parksville
http://thebirdstore.blogspot.ca/