The Tuesday bird walk went to Columbia Beach.  The morning was cool but sunny with calm winds.  The water looked like a sheet of glass.  A flock of six Brant flew past heading up the Strait of Georgia.  Harlequin Ducks, Surf Scoters and White-winged Scoter were  not far from shore.  Ancient Murrelet, Western Grebes and Common Murre were seen further offshore.  A very large flock of Killdeer,
Black-bellied Plovers, a Black Oystercatcher, a Greater Yellowlegs, over twenty Black Turnstone and a large number of Dunlin were seen on the gravel bar.  A Ruby-crowned Kinglet was feeding on a low bush next to the road, giving us great views as he flashed his ruby crown.  A female Ruby-crowned Kinglet was seen moving around in another low bush a little further up the road. We spotted a Cooper’s Hawk perched in a tall tree looking down at us next to the road. 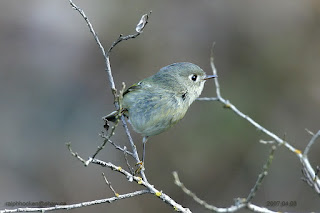 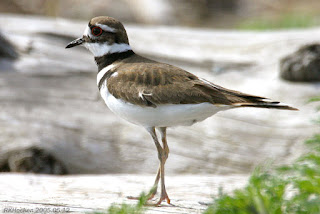 Killdeer: Ralph Hocken Photo.
The Tuesday bird walk on January 10, 2017 will be going to the Little Qualicum River Estuary in north Qualicum Beach. Meet at the Parksville Community Park at the parking lot near the Lions Club Kids Playground at 9:00 a.m. or at the Brant viewing Platform in north Qualicum Beach at about 9:15 am.
Good birding
Neil Robins
Parksville