At the start of the Tuesday bird walk we scouted out a rare bird for this area—an Indigo Bunting.  We saw the Bunting where it had previously been reported, in the 4900 block of Nicholas Street in Port Alberni.  It was a rare treat to see this bird here.  The Indigo Bunting is usually seen in eastern and southern United States at this time of the year. 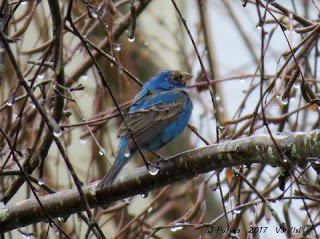 
The Tuesday bird walk went to the Somass Estuary in Port Alberni. The morning was cloudy with light showers and calm winds.


Hundreds of Violet-green Swallows and several Tree Swallows were flying overhead for most of the morning. We counted forty-two


Yellow-rumped Warblers feeding in the reeds and trees along side the estuary. Twelve Gadwall, a large flock of Ring-necked Ducks,


many Greater Scaup and several Lesser Scaup were seen resting on the side of the trail and flew into the estuary as we walked by. 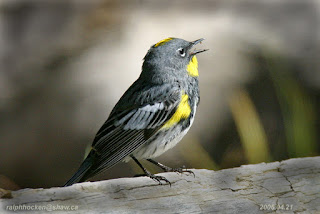 
On the drive home from Port Alberni we saw a Turkey Vulture and four Trumpeter Swans along the highway.


The Tuesday bird walk on April 04, 2017 will be going to Rathtrevor Beach Provincial Park in Parksville. Meet at the Parksville Community Park at the parking lot near the Lions Club Kids Playground at 9:00 a.m. or at the main parking lot at Rathtrevor Park at about 9:10 a.m.