The Tuesday bird walk went to the Shelly Road side of the Englishman River Estuary in Parksville. The morning was cloudy with very strong winds off the Strait of Georgia.  We heard a Hutton’s Vireo singing just off the trail and after searching the woods, we saw the Vireo as he flew overhead.  One Eurasian Widgeon along with a large number of American Widgeon and five Gadwalls were seen along the shoreline.


The herring spawn is on!  Thousands of Surf Scoters flew in and landed just off shore.  California Gulls, Mew Gulls,Thayer's Gulls and Glaucous-winged Gulls by the thousand were seen along the shoreline and flying overhead throughout the morning.  But the biggest highlight of the morning was a Western Meadowlark singing from a bush in the meadows. Later on we watched as four meadowlarks flew into the tall grass. We spotted a Northern Shrike perched at the top of a tall bush in the meadow and watched as the shrike flew after prey and returned to the perch. 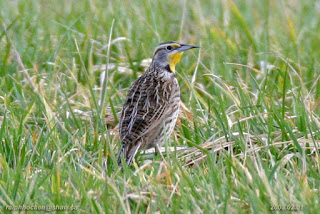 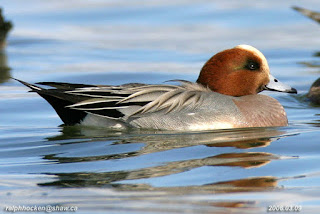 
The Tuesday bird walk on March 14, 2017 will be going to the Little Qualicum River Estuary in Qualicum Beach. We will meet at the Parksville Community Park at the parking lot near the Lions Club Kids Playground at 9:00 a.m. or at the Brant viewing Platform in north Qualicum Beach at about 9:15 a.m