Sunday bird walk, March 05, 2017
The Sunday bird walk went to Buttertubs Marsh in Nanaimo.  We had snow flurries and light rain throughout the morning.  An American Coot was seen at the start of the walk. Three Trumpeter Swans, a large number of Mallard Ducks, two Wood Ducks and twelve Ring-necked Ducks were seen on the marsh.  A Cooper’s hawk was perched in a tall tree.  A Marsh Wren was spotted in the reeds near the trail. 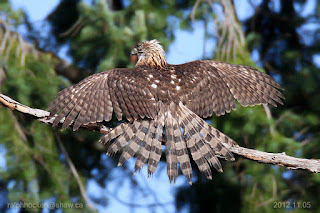 
A Western Meadowlark was seen in the pasture in lower Lantzville near  Lantzville and Superior Road.

The Tuesday bird walk on February 28, 2017 went to the Brant viewing platform in Qualicum Beach and the Little Qualicum River Fish Hatchery. The morning was mostly sunny with cloudy periods and calm winds. The surprise sightings of the morning were a Sanderling and a Eurasian Widgeon, feeding along the shoreline at the viewing platform, with Black Turnstones, Killdeer, a Black-bellied Plover and four Black Oystercatchers.  Many Surf Scoters, four Long-tailed Ducks, two Pacific Loons and six Common Loons were seen further off shore.  Four Trumpeter Swans flew high overhead the hatchery, heading down the Island.  We spotted two singing American Dippers on the river at the Fish Hatchery.  A large number of Golden-crowned Kinglets and Ruby-crowned Kinglets were seen feeding on a tree just off the snow covered trails.  A Cooper’s Hawk was seen flying high overhead. A large number of American Robins scurrying about throughout the morning.  A  Varied Thrush was spotted in a tree near the trail.  Three Snow Geese, feeling quite at home in the snowy conditions, flew overhead just above the trees. 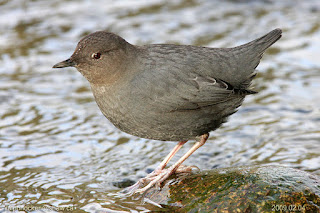 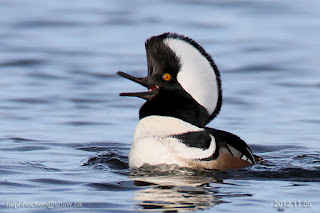 
The Tuesday bird walk on March 07, 2017 will be going to the Shelly Road side of the Englishman River in Parksville. Meet at the Parksville Community Park at the parking lot next to the Lions Club Kids Playground at 9:00 a.m. or at the end of Shelly Road on the ocean side of highway 19a at about 9:10 a.m.


The Sunday bird walk on March 12, 2017 will be going to the Plummer Road side of the Englishman River Estuary in Parksville.  Meet at the Birdstore at 9:00 a.m. or at corner of Plummer Road and Shorewood Drive,  off highway 19a in Parksville at about 9:30 a.m.