The morning was mostly sunny and the winds were calm. We watched in fascination as a pair of Red-breasted Sapsuckers came and went into a nest hole in a snag not far from the trail.  Swainson’s Thrush and Pacific-slope Flycatchers were heard singing all morning.  A Swainson’s Thrush was spotted on a perch on a branch just above the trail.  We heard a Warbling Vireo singing near the river and we finally saw him feeding in a tall tree right above us.  Two Cedar Waxwings flew in and looked us over not five feet above us. 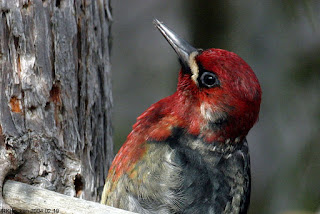 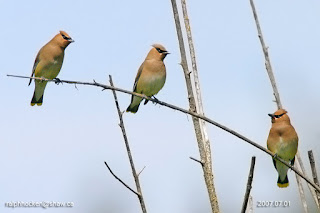 Cedar Waxwing: Ralph Hocken Photo;
Saturday, June 03, 2017:
A Bullock’s Oriole was seen in a backyard near Ermineskin Avenue and Despard Avenue in Parksville.


Friday, June 02, 2017
A House Wren was seen near Extension Ridge in Chase River. 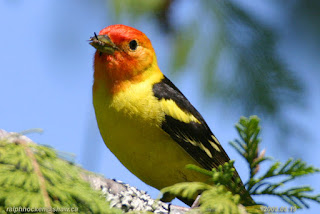 The Tuesday Birdwalk on June 6/17 will be going to The Englishman River Estuary, Shelly Road Side.  Meet at The Parksville Community Park at the parking lot in front of the Lion's Playground at 9 a.m. or at the end of Shelly Road on the Oceanside of Highway 19a at 9:10 a.m.


The Sunday Birdwalk on June 11/17 will be going to Hemer Provincial Park in Cedar.  Meet at the Birdstore at 9:00 a.m. or at the parking lot at Hemer Park at about 9:25 a.m. (Hemer Provincial Park is located on Holden Lake. Take the Cedar Road turnoff from Hwy 1 and follow directional signs to the park, which is situated on Hemer Road)