Nanaimo bird report, January 21, 2018:
BIRD REPORT
“EXPLORE NATURE”---GO BIRDING:
To report your sightings phone the Store at 250-390-3669 or e-mail us at thebackyard@shaw.ca
Please remember, when reporting a sighting, to leave your name and phone number along with the date, the species and location of your sighting.


Tuesday bird walk, January 16, 2018:
The Tuesday Bird Walk went to Deep Bay.
The morning was mostly cloudy with light showers but we finished the morning in sunshine and blue skies!  A large flock of Dunlin flew along the far shore.  We spotted a Pie-billed Grebe just off shore.  A Black-bellied Plover was seen resting on the gravel near the shoreline. A Black Oystercatcher was spotted further along the shoreline. We saw eight Long-tailed Ducks in different plumages swimming and diving not twenty yards off shore giving us great views.  A large flock of Greater Scaup, Harlequin Ducks, Surf Scoters, White-winged Scoters and Black Scoters were seen further off shore. The two surprise sightings of the morning were an Rufous Hummingbird and a Chipping Sparrow seen just off the trail at the point. 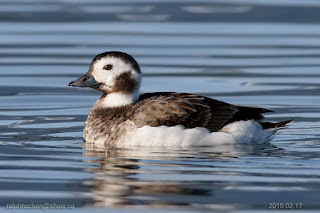 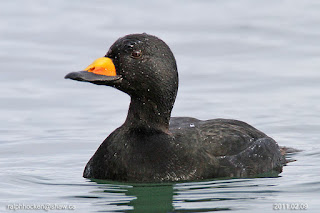 
Monday, January 15:
Five hundred Dunlin and one Sanderling were seen resting on the gravel bar at the far end of Parksville Community Park in Parksville. A Palm Warbler and a Yellow-rumped Warbler were seen in the trees in the same area.


Please Note
Check this site early Tuesday and Sunday mornings on stormy mornings to see if the walks have been cancelled!