Sunday bird walk, January 20, 2019
The Sunday bird walk went to the Nanaimo River Estuary in south Nanaimo. The morning was sunny with calm winds.  A Cooper’s Hawk was spotted on a mound in the estuary, to start our busy morning.  Several Red-tailed Hawks were perched on the tall trees.  A flock of Black-bellied Plovers flew along the shoreline giving us great views.  A large flock of Black-bellied Plovers flew past overhead.  An American Tree Sparrow was spotted near the trail giving us great views.  A Harris Sparrow was seen in with a flock of Golden-crowned Sparrows, White-crowned Sparrows and Song Sparrows just off the trail.  After the walk some of the birders went to Gordon Road in Cedar and spotted the rare Dusky Thrush that was reported in the British Columbia Rare Bird Alert.  It was a lifer for most of us!  This is only the third time the Dusky Thrush has been seen and recorded in the province of British Columbia.  A Northern Shrike was seen in the same area 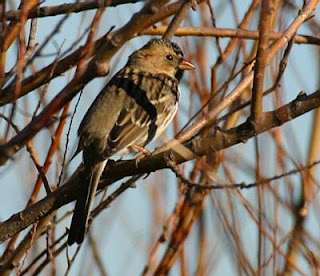 Parksville/Qualicum Beach Tuesday bird walk, Englishman River Estuary, Shelly Road side, January 15, 2019.
The morning was very foggy with calm winds.  A lone female Common Goldeneye was spotted on the river. Many American Wigeons and Green-wing Teal were seen through the fog near the shore on the estuary. We heard and saw a great number of Bald Eagles during the morning.  An Anna's Hummingbird was perched on a tree giving us great views.  A large flock of Pine Siskins landed on the top of a short tree.  A Lincoln’s Sparrow, Song Sparrows, A Fox Sparrow, several Purple Finch and  House Finch were seen along the trail. 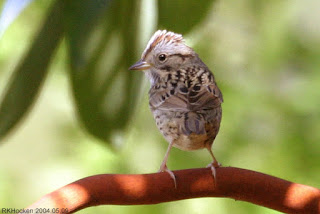 Please Note
Check this site (www.thebirdstore.blogspot.com) early Tuesday and Sunday on stormy mornings to see if the walks have been cancelled!


The Tuesday Bird Walk on January 22, 2019 will be going to the Plummer Road side of the Englishman River in Parksville. Meet at the Parksville Community Park (near the Lions Club playground parking lot) in Parksville at 9:00 am, or corner of Plummer Road and Shorewood Drive on the ocean side of highway 19a at about 9:10 am

The Sunday walk on January 27, 2019 will be going to the Buttertubs Marsh in Nanaimo. Meet at the BACKYARD WILDBIRD & NATURE STORE, 6314 Metral Drive at 9:00 a.m. or at the parking lot at Buttertubs off Bowen Road at about 9:15 am.