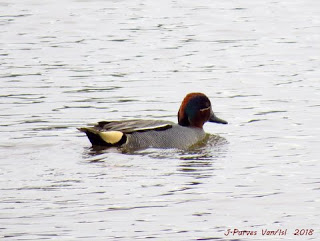 Please Note
Check this site (www.thebirdstore.blogspot.com) early Tuesday and Sunday on stormy mornings to see if the walks have been cancelled!
The Sunday Bird Walk on January 27 2019 will be going to the Buttertubs Marsh in  Nanaimo. Meet at the Backyard Wildbird and Nature Store, 6314 Metral Drive in Nanaimo at 9:00 a.m. or at parking lot at Buttertubs on the Bowen Road side about 9:15 am.
The Tuesday Bird Walk on January 29, 2019 will be going to the Columbia Beach in French Creek. Meet at the Parksville Community Park (near the Lions Club playground parking lot) in Parksville at 9:00 am, or at  parking area off Admiral Tryon Boulevard (turn onto Columbia Drive go to the tee intersection and turn right on Admiral Tryon Boulevard) at about 9:15 am.
Good birding
Neil Robins