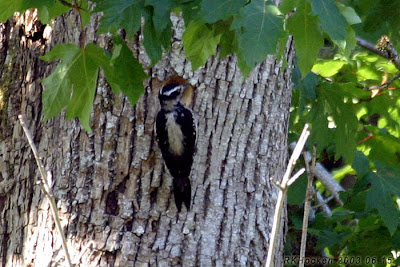 Two American Tree Sparrows were seen in with a large flock of Dark-eyed Juncos along the long Hedgerow at the Nanaimo River Estuary in south Nanaimo.

Saturday January 09:
A White-throated Sparrow was spotted in with over a dozen Golden-crowned Sparrows
in the area between the large Oak Tree and the River at the Nanaimo River Estuary in south Nanaimo.

A Northern Pygmy Owl was heard calling near a backyard in the 2100 block of Lancashire Avenue in Nanaimo.

Friday January 08:
A Northern Saw-Whet Owl was seen perched in a tree in a yard on Riverbend Road along the Nanaimo River in Cassidy.

A Great Horned Owl was seen in the 3400 block of Stevenson Point Road in Nanaimo.

A Merlin was seen visiting a backyard in the 2500 block of Glenayr Drive in Nanaimo.

A Townsend's Warbler was seen visiting a suet feeder in a backyard in the 6200 block of Rose Place in Nanaimo.