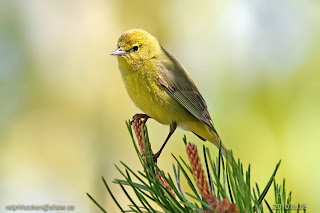 To report your sightings phone the Store at 250-390-3669 or e-mail us at thebackyard@shaw.ca
Please remember, when reporting a sighting, to leave your name and phone number along with the date, the species and location of your sighting.

Sunday, March 31, 2013:
Two Great Horned Owls were calling and a Northern Saw-whet Owl was calling a mate at Morell Circle in Nanaimo.

Seventy Bald Eagles. along with a huge flock of gulls, were seen at Deep Bay.

Rufous Hummingbirds, Orange-crowned Warblers, a Red-breasted Sapsucker and a Hutton's Vireo were seen along the power lines at Harewood Mines Road in Nanaimo.

Saturday, March 30:
A large number of Savannah Sparrows, a Northern Harrier, five Greater Yellowlegs, a Eurasian Wigeon, a Northern Rough-winged Swallow was among the Tree and Violet-green Swallows and two Western Meadowlarks were seen at the Nanaimo River Estuary in south Nanaimo.

A Black-throated Gray Warbler was reported seen in a backyard in the 3400 Block of Harris Crescent at Whisky Creek.

Monday, March 25:
Five Western Grebes were seen on the Strait of Georgia off the breakwater at French Creek.