An American Kestrel, A Red-tailed Hawk were see  perched on fence posts and twelve Ruby-crowned Kinglets along the bushes, on the Ugly Dwarf Meadows just off highway 19 in Nanoose Bay. 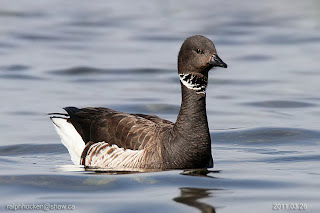 Over Two hundred Brant Geese were spotted on the Strait of Georgia from the Plummer Road side of the Englishman River Estuary in Parksville. 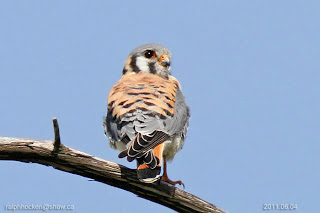