To report your sightings phone the Store at 250-390-3669 or e-mail us at
thebackyard@shaw.ca... Please remember, when
reporting a sighting, to leave your name and phone number along with the
date, the species and location of your sighting.

Sunday, December 08, 2013:
The Sunday bird walk went to Rathtrevor Provincial Park in Parksville. The morning was mostly cloudy and cool with calm winds. We spotted two Varied Thrush feeding on Arbutus berries near the trail. One lone Least Sandpiper was feeding near the shore with several Killdeer, Black-bellied Plovers and Black Oystercatchers. We saw one Herring Gull close to shore, giving us great views. 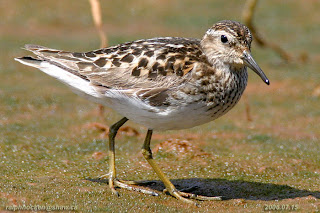 
Tuesday, December 03:
The Tuesday bird walk went to the Plummer Road side of the Englishman River Estuary in Parksville. The morning was bright and sunny but cool with a biting wind blowing in from the Strait of Georgia. Hundreds of Mallards, American Widgeon, Northern Pintail and Green-wing Teal were feeding on the mudflats at low tide. Four Hooded Mergansers and two Gadwall  were swimming on the River. Several large flocks, numbering over two hundred, Brant Geese flew in and landed on the Strait during the morning. We spotted a Western Grebe far off shore. A flock of twelve Long-tailed Ducks flew low over the Strait. Two small flocks of Black Turnstones flew past heading to the estuary.  It was an active morning for birding! 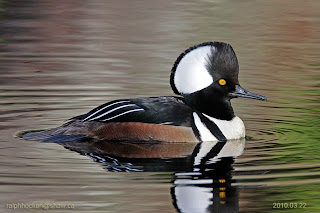 
Monday, December 02:
An American Kestrel and a Red-tailed Hawk were seen perched on fence posts at the Ugly Dwarf Meadows just off highway 19 in Nanoose Bay.


Over two hundred Brant Geese were spotted on the Strait of Georgia from the Plummer Road side of the Englishman River Estuary in Parksville.