To report your sightings phone the Store at 250-390-3669 or e-mail us at
thebackyard@shaw.ca..... Please remember, when
reporting a sighting, to leave your name and phone number along with the
date, the species and location of your sighting.


The Sunday bird walk went to Neck Point Park in Nanaimo. The morning was cloudy with light rain and a strong wind off the Strait of Georgia.  We saw several Double-crested Cormorants and Pelagic Cormorants on the Strait. A Male Red-breasted Merganser near the shore caught our eye, a very handsome bird! 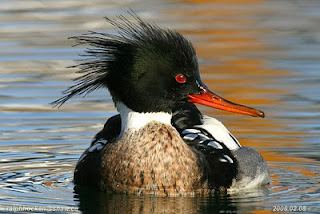 
The Tuesday bird walk went to Rathtrevor Provincial Park in Parksville. The morning was cloudy with a strong wind off the Strait of Georgia. Five Bald Eagles were playing in the sky at the beginning of the walk. Hundreds of Dunlin and several Black-bellied Plovers and Black Turnstones were feeding along the receding tide line. Flocks of Common Murre were heading down the Strait close to shore. A Common Raven performed overhead calling his unique call and flipping on his back—a really a neat sight!  Near the end of the walk, a Barred Owl nearly hit Linda’s head as it flew by in pursuit of a mouse.  The mouse became his appetizer for lunch as he perched on a nearby tree. 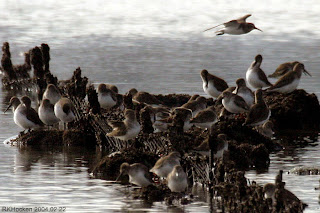 
A Hooded Oriole is visiting a backyard in Port McNeil on the north end of the Island.


A Harris Sparrow was seen in the same area as the Hooded Oriole in Port McNeil.


A Painted Bunting was seen visiting a backyard in Bowser.


Two Mourning Doves were spotted in a backyard off Northwest Bay Road near the big farm.

Fifty Ancient Murrelets were seen offshore from the viewing platform at the north side of Qualicum Beach. 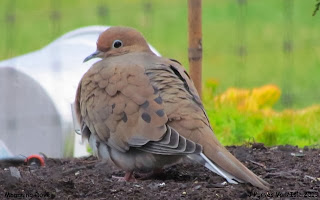