Sunday, February 09, 2014:
The Sunday bird walk went to the Nanaimo River Estuary in south Nanaimo. The morning was cloudy with calm winds and quite cool. The highlight of the morning was the sighting of a Lincoln’s Sparrow in with a flock of Spotted Towhees, Song Sparrows, Dark-eyed Juncos and Golden-crowned Sparrows moving along the berm ahead of us. 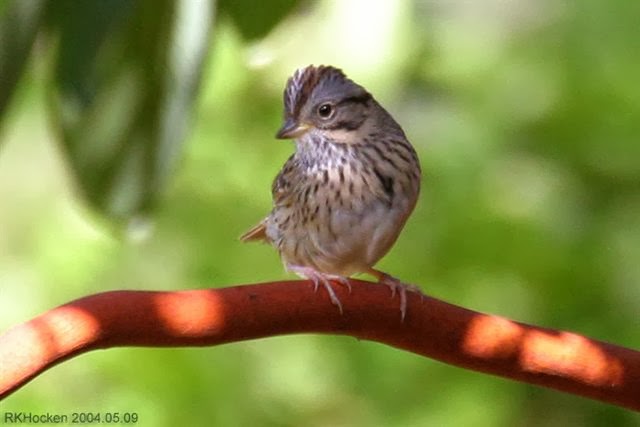 
“Rare bird alert-King Eider”
An immature King Eider was spotted in with a flock of Surf Scoters off shore from the “A” frame house at the end of Surfside Drive in Qualicum Beach.


Friday, February 07:
Band-tailed Pigeons were spotted at the end of Douglas and Seventh Street in Nanaimo.


A Western Meadowlark was checking out a backyard at Nicole Street and Needham Street in Nanaimo.         `


Monday, February 03:
One Yellow-billed Loon was seen off shore from Plummer Road side of the Englishman River Estuary in Parksville.


Hundreds and hundreds of Common Murre and Pacific Loons were seen off shore seen from the “A” frame house at the Little Qualicum River Estuary in Qualicum Beach.