e Tuesday bird walk went to the Plummer Road side of the Englishman River Estuary in Parksville. The morning was very chilly with a cold wind blowing and the waters of the Strait of Georgia were rough. We were rewarded with the sighting of an Eurasian Teal feeding in the mudflats. The Eurasian Teal breeds in northern Asia and Europe and winters in southern Asia and Africa and is seldom seen in this area. The mud flats were covered with Northern Pintail, Green-wing Teal, American Widgeon, Bufflehead, Mallards feeding along side the one Eurasian Teal. A large flock of Red-breasted Mergansers, a Western Grebe, Surf Scoters, White-winged Scoters, Common Murre, Pacific Loons and Greater Scaup were seen on the Strait of Georgia. Several Flocks of Dunlin and Brant flew down the Strait. 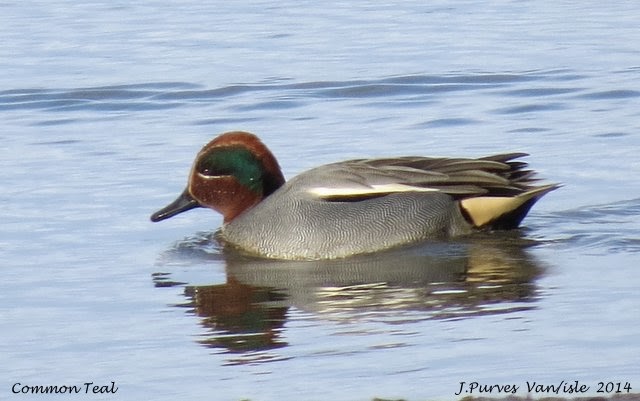 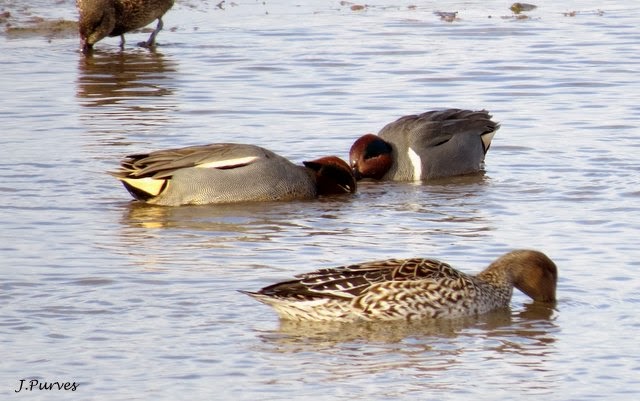 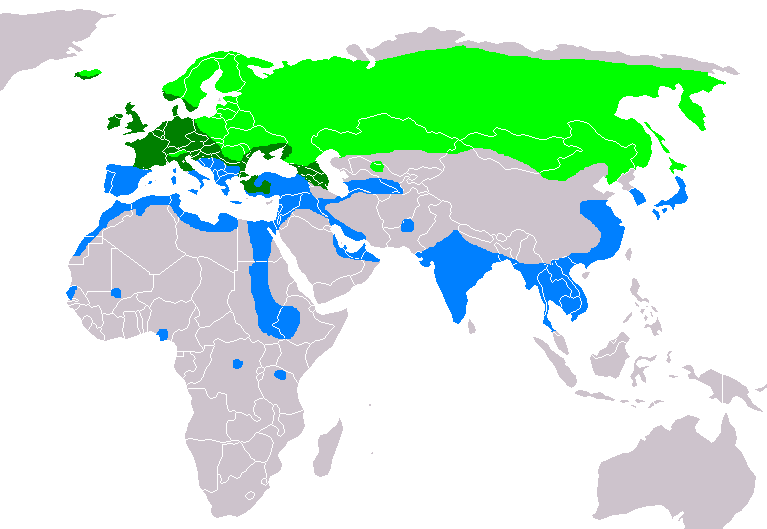 Range of the Eurasian Teal

The Tuesday bird walk on February 11, 2014 will be going to Columbia Beach.