Sunday, March 30, 2014:
The Sunday bird walk went to Buttertubs Marsh in Nanaimo. The morning was cloudy with calm winds.  We were greeted with the sighting of a flock of Yellow-rumped Warblers at the start of the walk. The Warblers then spent the best part of the morning following us around the trail. Violet-green Swallows, Tree Swallows and Northern Rough-winged Swallows were flying low over the marsh all morning.  Spring is here! 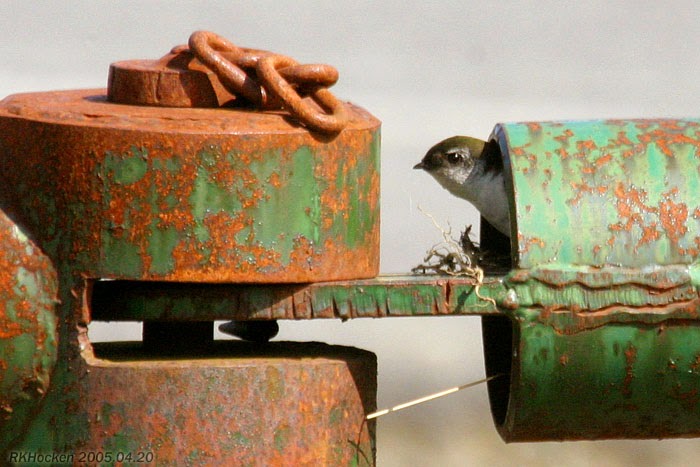 
Saturday, March 29:
A Black-chinned Hummingbird has been visiting a feeder in the Sand Pariel area of Parksville.


A Sandhill Crane was seen at May Bennett Park in north Nanaimo.


Friday, March 28:
A King Eider has been seen at the Little Qualicum River off the parking area on Surfside Drive in Qualicum Beach.


Wednesday, March 26:
A bird that was similar in shape and size of a Blue Heron but had a white neck and front was seen at Buttertubs Marsh today.


A Townsend’s Warbler was seen at a bird feeder in a back yard along Meridian Way in Parksville.


A flock of Pine Siskins were spotted feeding and singing at the top of Alder trees just off the road along Corfield Street in Parksville.


Tuesday, March 25:
The Tuesday bird walk went to the Shelly road side of the Englishman River Estuary in Parksville. The morning was cloudy with light showers but we did see a few sunny periods.  There was a strong wing off the Strait of Georgia.  We started the walk with the sighting of a Red-breasted Sapsucker tapping on a tall tree.  An Anna’s Hummingbird perched on a tall bush near the trail. Two Band-tailed Pigeons landed in a tall conifer tree.  Four Eurasian Widgeons and four Gadwalls were feeding with a flock of American Widgeons.  A large flock of Mew Gulls, California Gulls, Thayer’s Gulls and Glaucous-winged Gulls were seen along a gravel bar and a large flock of Pelagic Cormorants and Double-crested Cormorants flew past heading down the strait. 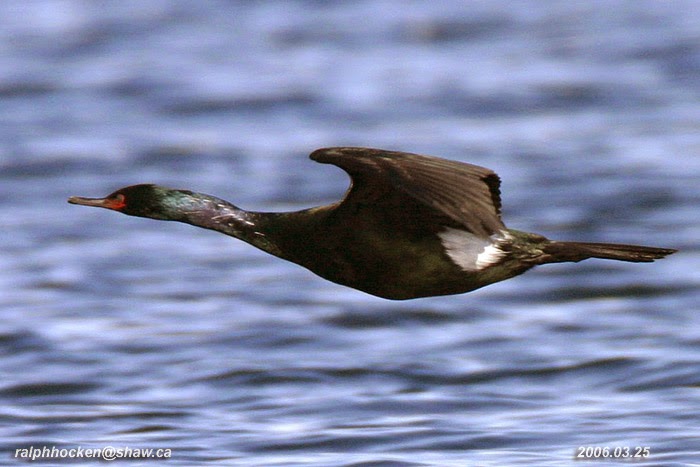 
A deceased Northern Cardinal was turned in to the store today.  The bird was found after hitting a window on Metral Drive back in December and has been in someone’s freezer since then.  This could be the first record for British Columbia.


A Townsend’s Warbler was visiting a backyard in the Little Qualicum River Village.


The Tuesday bird walk on April 01, 2014 will be going to Rathtrevor Provincial Park in Parksville. Meet at the Parksville Community Park at the parking lot near the Lions Club playground at 9:00 am or at the main parking lot at Rathtrevor at about 9:10 am.