NANAIMO BIRD REPORT " EXPLORE NATURE---GO BIRDING"
To report your sightings phone the Store at 250-390-3669 or e-mail us at thebackyard@shaw.ca
Please remember, when reporting a sighting, to leave your name and phone number along with the date, the species and location of your sighting.


Sunday, March 02, 2014:
The Sunday bird walk went to Bowen Park in Nanaimo. The morning was cloudy with calm winds. The trails were snow filled but the snow from the trees was melting as we walked through the park. We saw a large number of Brown Creepers slowly climbing up several trees during the morning. Chestnut-backed Chickadees were singing as we walked on the trail. A Golden-crowned Kinglet and a Ruby-crowned Kinglet close to the trail gave us great views.
Five birders saw and heard the following seventeen species:
Mallard, Chestnut-backed Chickadee, Red-breasted Nuthatch, Anna's Hummingbird, Northern Flicker, Northwestern Crow, Common Raven, Rock Pigeon, Pacific Wren,  Golden-crowned Kinglet, Ruby-crowned Kinglet, Brown Creeper, American Robin, Varied Thrush, Spotted Towhee, Song Sparrow and  House Sparrow. 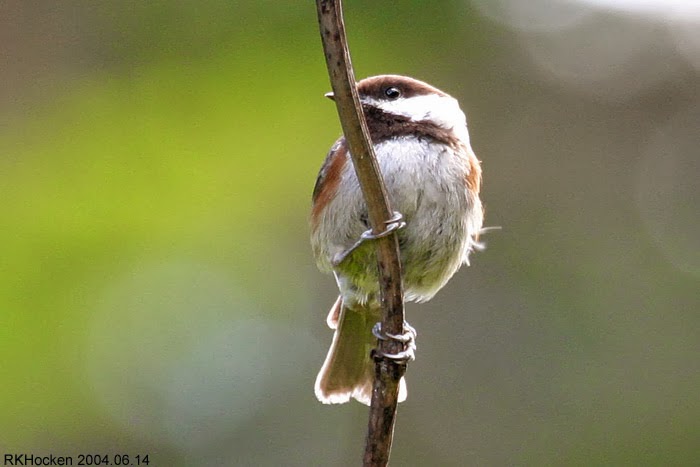 
Tuesday, February 25:
The Tuesday bird walk went to Rathtrevor Provincial Park in Parksville. The morning was sunny with cloudy periods and the Strait of Georgia like a glass mirror.  Heavy snow covered the trails but the morning made for a pleasant walk. There were hundreds of Dunlin, a large number of Black-bellied Plovers and fifty Brant near the low tide line. We spotted four Red Crossbills singing from top a conifer tree. Long-tailed Ducks, Pacific Loons and five Common Murre were spotted further offshore. 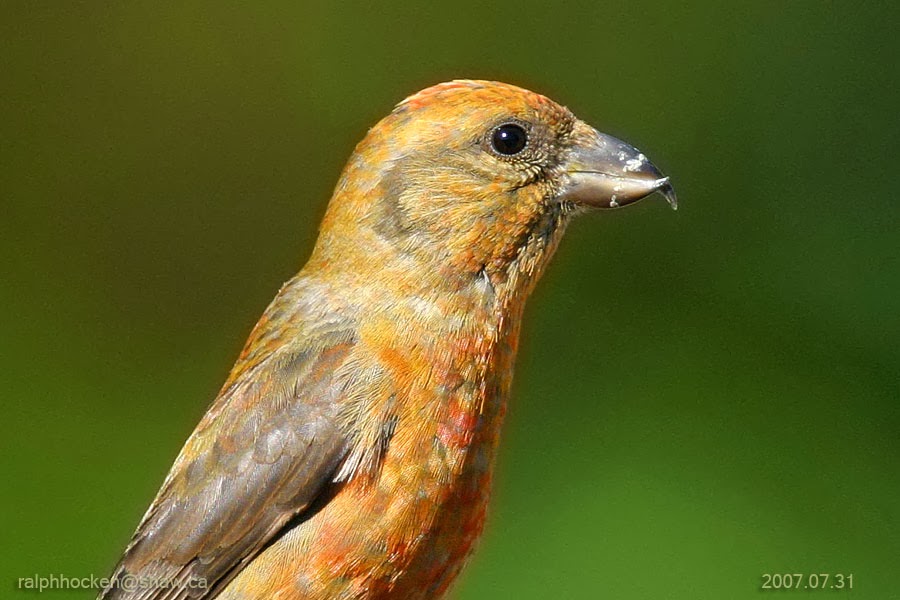 
A Clay-coloured Sparrow was seen near the main parking lot at Rathtrevor Provincial Park in Parksville.


A Yellow-billed Loon was spotted at the mouth of the Englishman River in Parksville.

A Rufous Hummingbird was seen along Drake Street and Brierly Hill in downtown Nanaimo.


The Tuesday bird walk on March 04, 2014 will be going to the Shelly Road side of the Englishman River Estuary in Parksville.  Meet at the Parksville Community Park at the parking lot near the Lions Club playground at 9:00 am or at the end of Shelly Road (on the ocean side of highway 19a) at about 9:10 am.