NANAIMO BIRD REPORT “EXPLORE NATURE---GO BIRDING"
To report your sightings phone the Store at 250-390-3669 or e-mail us at thebackyard@shaw.ca
Please remember, when reporting a sighting, to leave your name and phone number along with the date, the species and location of your sighting.
*****************************************************************************
Sunday, October 12, 2014:
The Sunday bird walk went to the Nanaimo River Estuary in Nanaimo. The morning was cloudy with calm winds. A Northern Harrier was spotted flying low over the field.  We saw and heard a Steller’s Jay and a Belted Kingfisher noisily fly around us for a good part of the morning.  We saw two Yellow-rumped Warblers and a Ruby-crowned Kinglet feeding in a bush next to the trail.  A large flock of Greater White-fronted Geese and a flock of Double-crested Cormorants flew overhead and circled around the area. 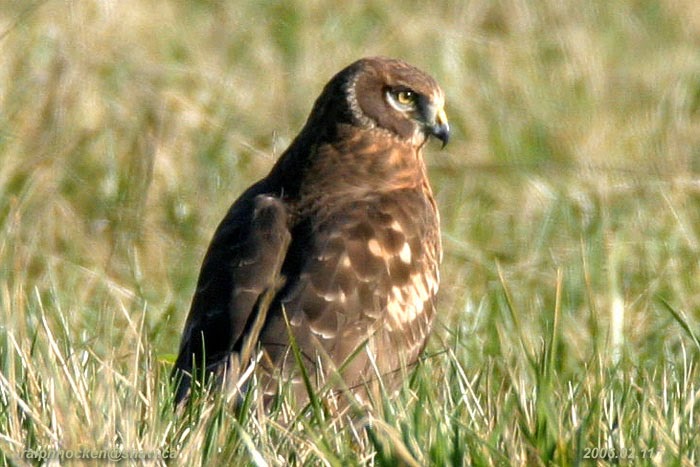 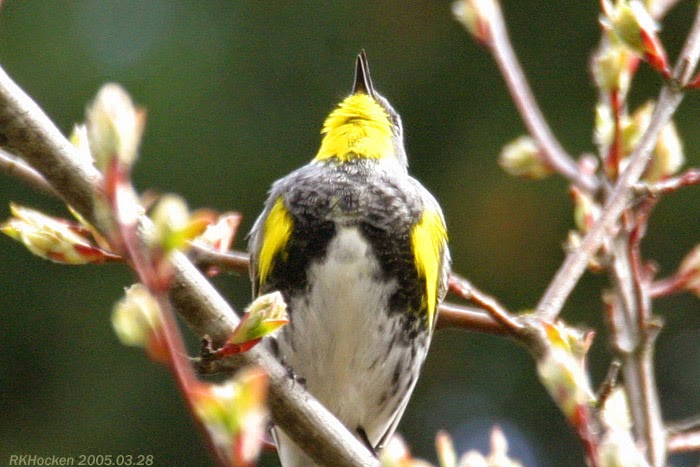 Yellow-rumped Warbler: Ralph Hocken Photo.
Wednesday, October 8:
Western Grebe’s, Surf and White-winged Scoters, Pacific Loons and Common Loons were seen offshore from Pebble Beach at Columbia Beach.
A Dunlin and Killdeer were seen at the Mud Flats on the Plummer Road side of the Englishman River Estuary in Parksville.
Tuesday, October 07.
The Tuesday bird walk went to the Shelly Road side of the Englishman River Estuary in Parksville. The morning was cloudy and the winds were calm, making for a great morning of birding. We heard a Pacific Wren singing at the start of the walk.  An Eurasian Widgeon was spotted near the shore swimming with the American Widgeons. Several flocks of Surf Scoters and White-winged Scoters were heading down the Strait of Georgia. A Western Grebe was seen near the shore. There were a large number of Pacific Loons on the Strait. 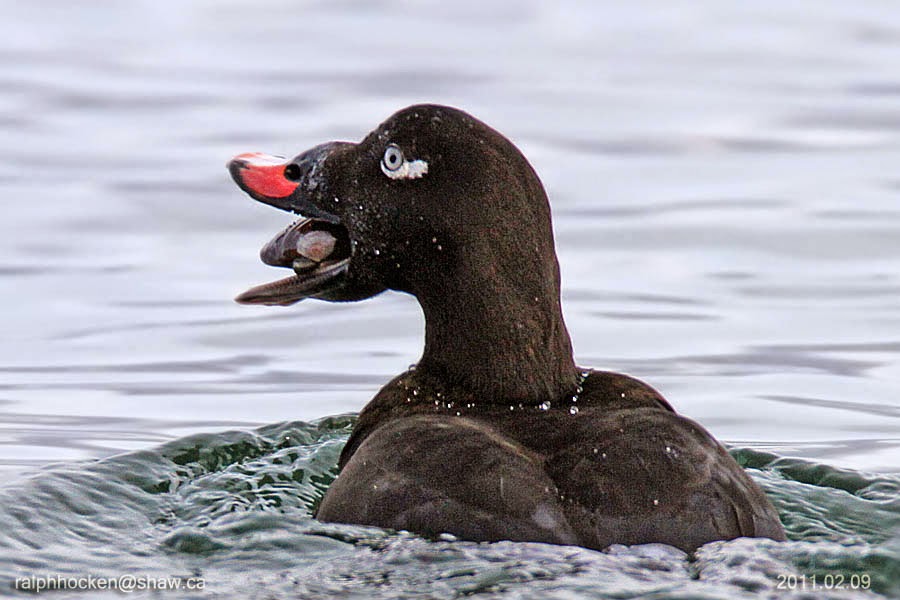 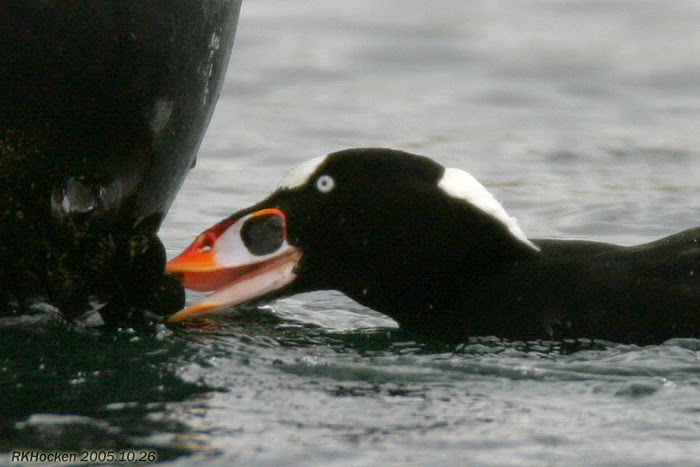