The Tuesday bird walk went to the Little Qualicum River Fish Hatchery in Qualicum Beach. The morning was sunny and the winds were calm, making for a great morning of birding. We spotted two American Dippers feeding along the river bank not far from us. We saw several Red-breasted Sapsuckers feeding and tapping the trees throughout the morning.  A Varied Thrush was singing atop a tall conifer and two other Varied Thrush were answering him as he sang.  American Robins were busy feeding and resting on the grassy area. We spotted a leucistic American Robin--a very colorful bird—scurrying on the ground giving us great views. A flock of Violet-green Swallows flew overhead hawking insects.  A Pileated Woodpecker was busy drumming on a snag near the end of the walk. 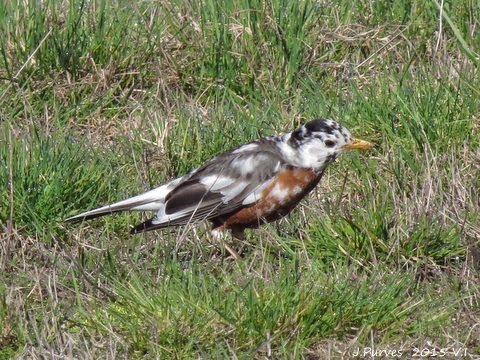 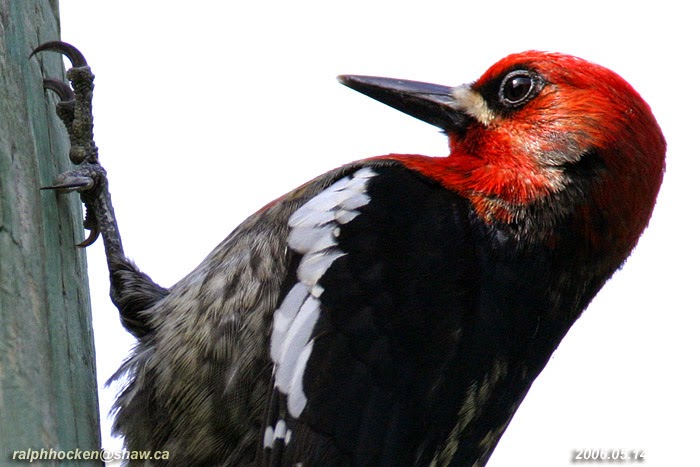 
The Tuesday bird walk on March 03,2015 will be going to the Shelly Road side of the Englishman River in Parksville.