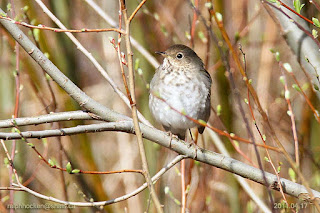 Tuesday, November 03:
The Tuesday bird walk went to Columbia Beach. The morning was mostly sunny with a strong breeze off the Strait of Georgia.  A Red-throated Loon and two Long-tailed Ducks were spotted bobbing in the waves off shore.  A Common Murre, a Marbled Murrelet and a Pigeon Guillemot were seen heading down the strait.  We saw a Sea Lion catch a salmon thus creating a feeding frenzy of gulls near by. Eight Western Grebes were spotted further off shore. A large number of Black-bellied Plovers, Black Turnstones, two Greater Yellowlegs, two Killdeer and one Dunlin were resting along the gravel bar. There were many flocks of Bonaparte’s Gulls were flying up the strait throughout the morning.  A number of Brandt’s Cormorants were perched along the breakwater at the French Creek Marina. 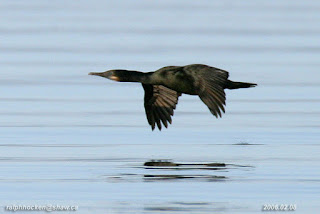 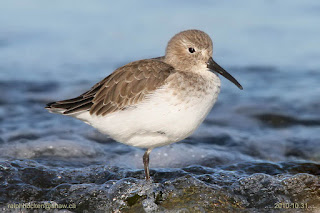