The Tuesday bird walk went to the Plummer Road side of the Englishman River in Parksville. The morning saw light rain with calm wind.  The tide was high with water over flowing the river. We saw Golden-crowned Sparrows, Song Sparrows, Spotted Towhees
Fox Sparrows and Dark-eyed Juncos feeding along the trail as we started the walk.  A Red-breasted Nuthatch caught our attention as it was feeding next to the trail.  A Crackling Goose was in with the flock of Canada Geese. 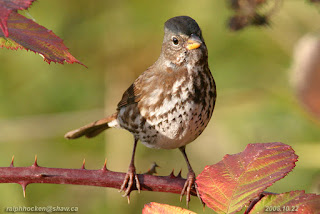 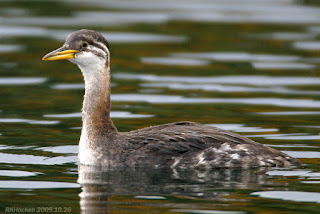 
The Tuesday bird walk on November 24, 2015 will be going to the Little Qualicum River Estuary in Qualicum Beach. Meet at the Parksville Community Park near the Lions Club playground Parking lot at 9:00 a.m. or at the Brant viewing platform in north Qualicum Beach at about 9:20 a.m.


We just received a report of a Snow Bunting seen at Rathtrevor Beach Park near the kids playground on the ocean side.