The Tuesday bird walk went to the Little Qualicum River Estuary in Qualicum Beach. The morning was sunny with strong winds blasting off the Strait of Georgia.  Black-bellied Plovers, Black Oystercatcher, Killdeer and Black Turnstones were seen on the gravel bars from the viewing platform. A Marbled Murrelet and several Common Murre were seen flying down the Strait. A Red Crossbill flew in to the top of a conifer next to the road giving us great views. Six Trumpeter Swan flew just overhead and landed in the estuary. Many Bald Eagles were seen overhead throughout the morning. 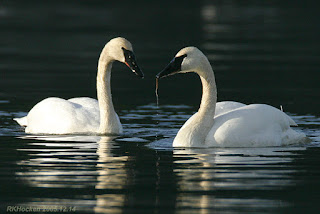 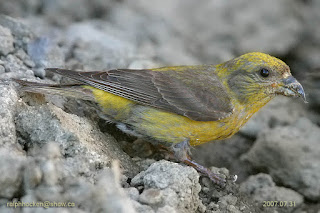 
We received a report of twenty Brant Geese and over two thousand Dunlin were seen at Rathtrevor Beach Provincial Park in Parksville.

The Tuesday bird walk on December 01 will be going to Columbia Beach. Meet at the Parksville Community Park at the parking lot next to the Lions Club kids playground at 9:00 a.m. or at the parking area off Admiral Tryon Bld. off Columbia Drive at about 9:15 a.m.