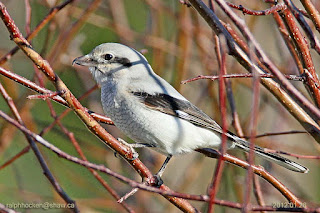 
Wednesday, November 11:
There was a Lapland longspur at the Nanaimo river estuary in south Nanaimo.

Tuesday, November 10:
The Tuesday bird walk went to Rathtrevor Beach Provincial Park in Parksville. The morning was mostly sunny but the winds were strong off the Strait of Georgia. Thousands of Dunlin and a large number of Black-bellied Plovers and Black Turnstone were seen feeding along the tide line along the length of the beach. Large numbers of Canada Geese, American Widgeon, Northern Pintail and Greater Scaup were seen at Craig Bay.  A pair of Purple Finch was feeding on a berry tree next to the trail as a large cloud of Pine Siskin flew in and landed. 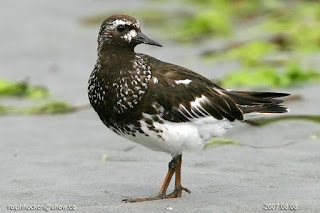 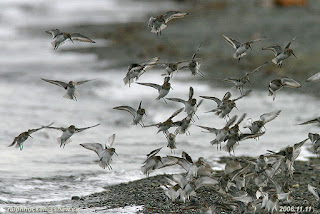 
Monday, November 09:
An American Tree Sparrow was seen at the Nanaimo River Estuary in south Nanaimo.


The Tuesday bird walk on November 17 will be going to the Plummer Road side of the Englishman River in Parksville. Meet at the Parksville Community Park near the Lions Club playground parking lot at 9:00 a.m. or at the corner of Plummer Road and Shorewood Drive at about 9:10 a.m.