The Tuesday bird walk went to Rathtrevor Beach Provincial Park in Parksville. The morning started with light rain and calm winds but the rain stopped after a short while and we had a pleasant morning for the walk. Several flocks of Brant Geese flew past during the morning. We discovered  a mixed flock of Black Turnstones and six Surfbird feeding along the shoreline at the point. Several Common Murre, two Marbled Murrelets, two Long-tailed Ducks and a Pigeon Guillemot were seen further off shore giving us good views. 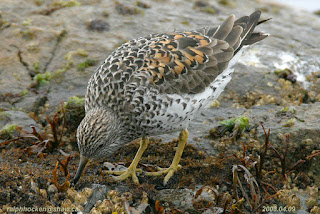 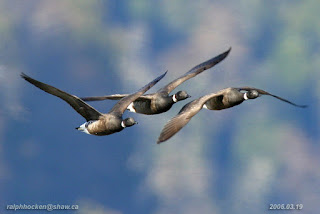 
The Tuesday bird walk on December 22 will be going to the Plummer Road side of the Englishman River Estuary in Parksville.


Meet at the Parksville Community Park, near the Lions Club Kids Playground at 9:00 a.m. or at the corner of Plummer Road and Shorewood Drive at about 9:10 a.m.