The Tuesday bird walk went to Columbia Beach. The morning was cloudy with very strong cool winds from the south side of the Strait of Georgia. We saw Surf Scoters, White-winged Scoters, Black Scoters Long-tailed Ducks, Red-breasted Mergansers, Bufflehead and Common Goldeneye riding the wild surf on the water. Large numbers of Canada Geese, Mallard, American Widgeon and a Eurasian Widgeon were seen on the flooded French Creek. We watched as a big flock of House Finch rested and fed from a short berry bush close to the trail. 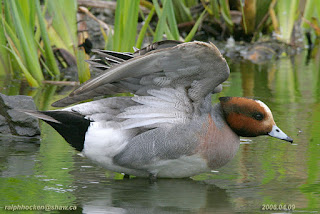 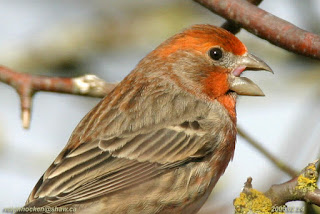 
The Tuesday bird walk on December 08, will be going to the Shelly Road side of Englishman River in Parksville. Meet at the Parksville Community Park at the parking lot near the Lions Kids playground at  9:00 a.m. or at the end of Shelly Road on the ocean side of Highway 19a  at about 9:05 a.m.

Keep it up…I´m a big fan of wild living birds, I´m also having a blog about wild birds in germany, austria and switzerland. It´s interesting to see the similarities in the species of american birds and european birds, but also the differences.