The Tuesday bird walk went to the Shelly Road side of the English River Estuary in Parksville. The morning started out with light rain and calm winds, but the rain showers stopped shortly after we began and it was quite warm, making for a great morning of birding. We heard and then saw a Ringed-neck Pheasant at the base of a short bush at the edge of the meadow. A Merlin, a Red-tailed Hawk, a Sharp-shinned Hawk and a Cooper’s Hawk were seen in the same area along the meadow.  Six Western Meadowlarks were perched on a bush in the meadow. Four Gadwall were swimming in the flooded estuary. Twenty Trumpeter Swans were heading down the island high above us. Over forty Bald Eagle were circling overhead and  perched on the tall conifers all morning. 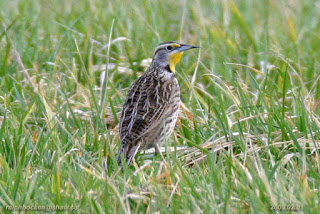 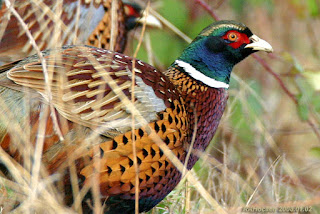 
The Tuesday bird walk on December 15, 2015 will be going to  Rathtrevor Beach Provincial Park in Parksville. Meet at Parksville Community Park at the parking lot near the Lions Kids Playground at 9:00 a.m. or at the main parking lot at Rathtrevor Park at about  9:10 a.m.