The Tuesday bird walk went to Moorecroft Regional Park in Nanoose Bay. The morning was cloudy with some sun and the winds were calm. We spotted a Peregrine Falcon perched high up in a snag. The falcon was watching us for a good 20 minutes giving us time to have a really good look at him.  The highlight of the morning for sure!  A Wilson’s Warbler sat singing close to the trail and giving us great views. Two Marbled Murrelets, two Rhinoceros Auklets and a Common Murre were seen swimming not far from shore. Several Warbling Vireo’s were singing and gave us some quick glances as they moved in the forest. A Western Tanager was perched high atop a tree near the marsh. 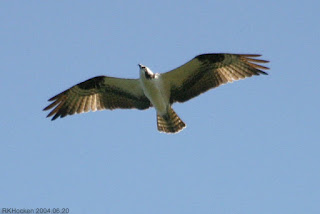 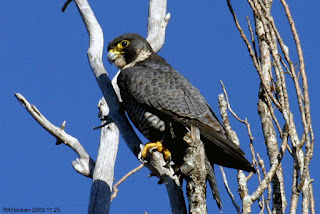 
The Tuesday bird walk on May 31, 2016 will be going to the Englishman River, Shelly Road side in Parksville. Meet at the Parksville Community Park, at the parking lot near the Lions Club Kids playground at 9:00 a.m. or at the end of Shelly Road on the ocean side of highway 19a at about 9:10 a.m.