The Tuesday bird walk went to the Englishman River Shelly Road side. The morning was sunny and warm with a breeze off the Strait.  The forest brought us a bit of relief from the sun. Bewick’s Wrens were perched high up in trees singing and entertaining us throughout the morning. Yellow Warblers were singing near the trail for all of us to hear and see. A murder of Northwestern Crows were spotted chasing a Sharp-shinned Hawk overhead until the Hawk flew out of sight. There were two Willow Flycatchers singing near the trail.  One Northern Shoveler and a pair of Northern Pintail were swimming near the tide line. Two Belted Kingfishers flew noisily over head. 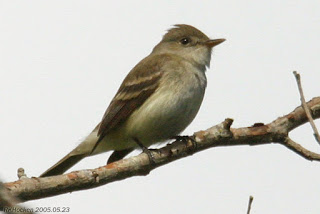 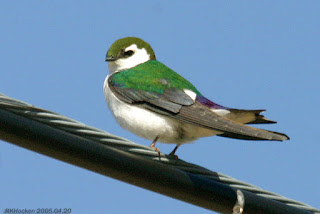 
The Tuesday bird walk on June 07, 2016 will be going to Springwood Park in Parksville. Meet at the Parksville Community Park at the parking lot near the Lion’s Club Kids Playground at 9:00 a.m. or at the west end of Despard Avenue at about 9:10 a.m.