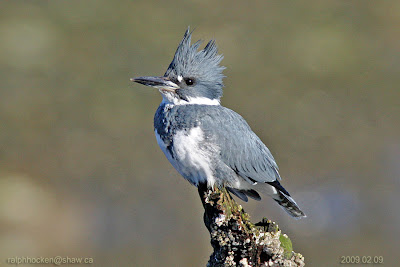 
The Tuesday Bird Walk went to the Little Qualicum River Estuary in Qualicum Beach. The morning was clear and sunny with cloudy periods but the winds were calm. Seventeen birders saw and heard forty-eight species of birds.
At the meeting spot at the Community Park in Parksville Bay there were tens of thousands of Sea Ducks in a huge raft just past the gravel bar near Surfside R.V Park.
At the Viewing Tower in Qualicum Beach four Black Oystercatchers, one Black Turnstone and California, Mew, Glaucous-wing and Herring Gulls were roosting near shore. Further out we saw Greater Scaup, Harlequin Ducks, Surf Scoters, White-winged Scoters, Black Scoters, Long-tailed Ducks, Buffleheads, Common Goldeneyes, Barrow's Goldeneyes, Red-breasted Mergansers and thousands of Gulls in very large rafts.

We spotted four Eurasian Wigeon, twenty Trumpeter Swans and large flocks of Gulls at the Little Qualicum River. Just as we were leaving four Brant Geese flew in.