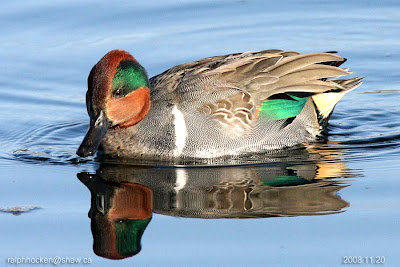 The Tuesday Bird Walk went to the Plummer Road side of the Englishman River in Parksville.
The morning was clear and sunny but the winds were strong and brisk. Sixteen birders saw and heard forty-eight species of birds.
At the meeting spot at the Community Park in Parksville Bay there were at least 2,000 Brant Geese, large rafts of Greater Scaup, Surf Scoters, Common Goldeneye and Barrow's Goldeneye and thousands upon thousands of Gulls.
At the Englishman Estuary one Turkey Vulture flew overhead and two Pelagic Cormorant flew low over the water. A Bewick's Wren gave us great close looks as he called from the top of a short bush. Several Golden-crowned Kinglets and a Ruby-crowned Kinglet moved through the trees. A Varied Thrush perched on a tree branch for us to see. We saw several White-crowned and Golden-crowned Sparrows just off the road on the way back to the cars. Bald Eagles were everywhere!