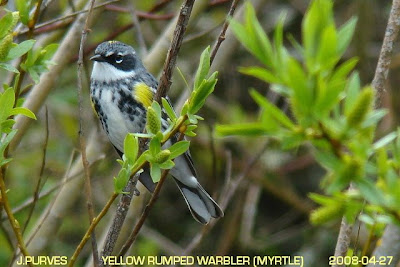 The Sunday Bird Walk went to Neck Point in Nanaimo.
The morning was cloudy with sunny periods. A brisk west wind kept us moving rather quickly (for birdwatchers!).
Highlights of the morning included the sighting of a Violet-green Swallow and an Anna's Hummingbird perched at the top of a fir tree at the beginning of the walk. We saw a feeding frenzy of a large flock of Gulls and eight Bald Eagles far offshore. Two Yellow-rumped Warblers were seen on the Alder Trees near the parking lot at the end of the walk.

Saturday March 21:
A Peregrine Falcon was spotted along Cameo Drive in Gabriola Island.

A male Rufous Hummingbird was seen at feeders along Cross Road in Nanoose Bay.

A Peregrine Falcon was seen along Sun Valley Drive in Nanaimo.

A Red-tailed Hawk, a Greater Yellowlegs and a flock of fifty Violet-green Swallows were seen at the Nanaimo River Estuary in south Nanaimo.

Friday March 20:
A male Rufous Hummingbird was seen visiting feeders along Lancewood Avenue and along Winchelsea Place in Lantzville.

Thursday March 19:
A Rufous Hummingbird was spotted at a feeder on Gabriola Island.

A Rufous Hummingbird was seen at a feeder at Parklands Place in Lantzville.

Wednesday March 18:
A Rufous Hummingbird was spotted at feeders in the 2900 block of Thomas Street in Nanaimo.

A Varied Thrush was seen in a yard off Maple Bay Road in Duncan.

Two Varied Thrush were seen in a garden just north of the Little Qualicum River north of Qualicum Beach.

Sunday March 15:
A male Eurasian Green-winged Teal was spotted just off the beach near the parking lot at Cowichan Bay.

Varied Thrush were seen in north Nanaimo at the Applecross Apartments and just off Bay Street in Nanaimo.